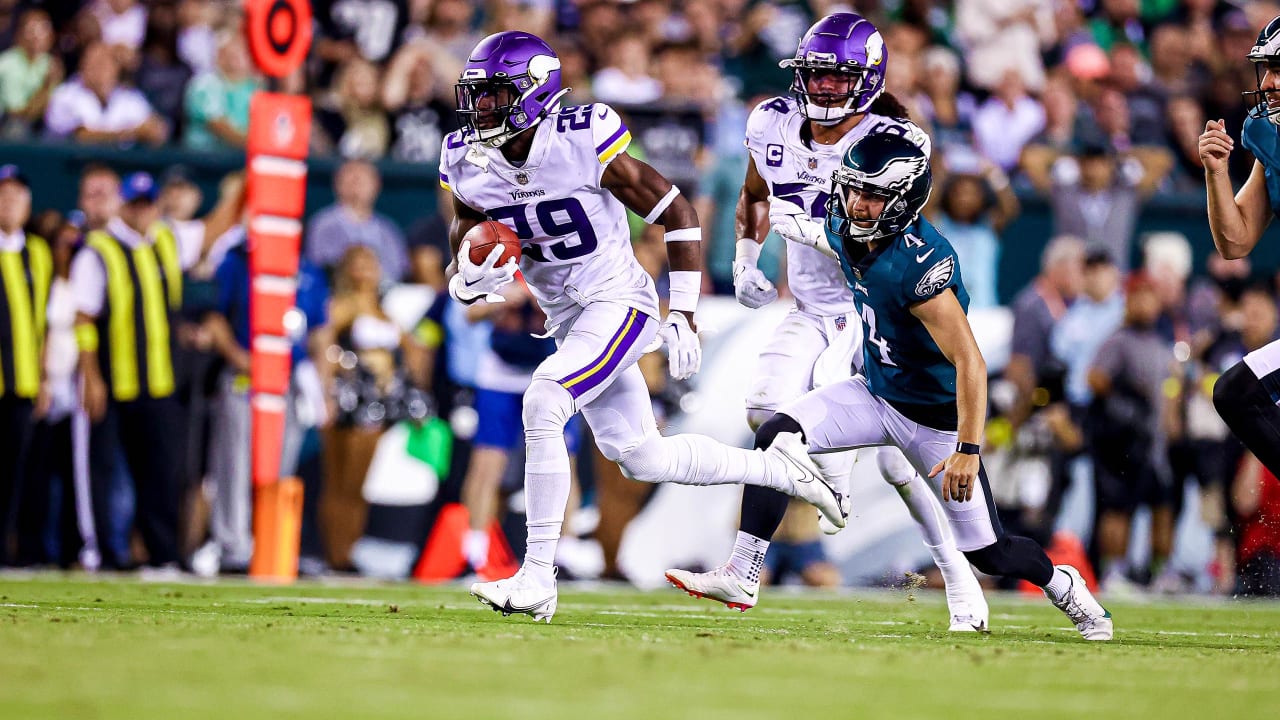 Defensively, the Vikings struggled to slow Eagles quarterback Jalen Hurts and the rest of Philadelphia’s offensive playmakers. But Minnesota was able to step up in the second half, allowing no points.

Hasan said part of the Vikings’ success in the second half was due to the adjustments they made at half-time. He wrote:

The Vikings opted out of blitzing until midway through the third quarter, finishing the night with five blitzes out of 39 surrenders. In those five blitzes, the Eagles completed two passes, won no first downs, threw one interception and took one sack. They’re averaging 3.2 yards per play and minus-5.8 adjusted yards per play after factoring in the interception.

Hasan noted that NFL defenses today play more of a game zone style that helps determine which receiver a defender will follow and provide tight coverage. He said using this approach makes it harder for opposing quarterbacks to “attack the seams” of a zone defense.

But where Hurts and the Eagles found repeated success on offense was “attacking the seams” of the traditional area that the Vikings and defensive coordinator Ed Donatell used in a bid to not allow Hurts to show. his dual threat abilities.

Traditional zone defenses are not doomed against modern quarterbacks, and a failure to execute at all levels of defense was more to blame. But Ed Donatell’s unit didn’t practice as much during training camp, and relying on a setup they didn’t have much experience with would make failure much more likely.