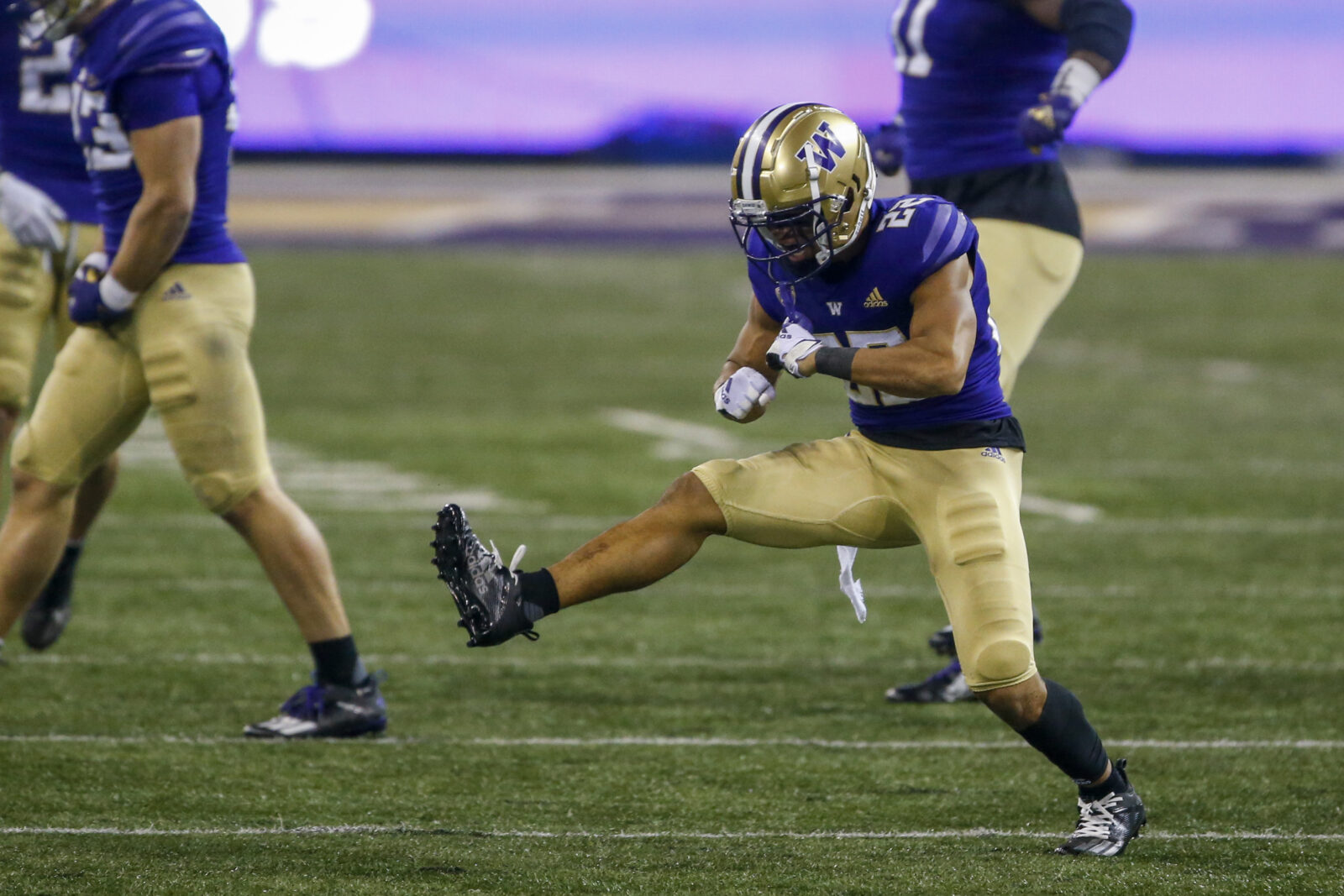 After adding Za´Darius Smith, Jordan Hicks and Harrison Phillips in free agency, the Minnesota Vikings are more likely to draft a cornerback in the first round of the NFL Draft to level the roster’s biggest weakness. .

Washington defensive back Trent McDuffie is certainly an enticing option for Kwesi Adofo-Mensah with the 12th overall pick in the April draft.

Born and raised in California, McDuffie attended St. John Bosco High School in Bellflower, Calif., the same school as Minnesota‘s 2021 third-round pick Wyatt Davis. He was teammate with Clemson quarterback DJ Uiagalelei. ESPN and 247sports.com had the four-star recruit ranked in the 130s in his recruiting class. The talented athlete accepted the offer of the Washington Huskies on several offers, including that of Alabama. The Minnesota Golden Gophers also made him an offer.

Trent McDuffie played 27 games during his college career. As a true freshman in 2019, he allowed 339 yards, four touchdowns and a 94.3 passer rating. In his last two seasons, the cornerback has allowed just 163 yards and no touchdowns. This resulted in a passer rating when targeted of just 52. After his junior year ended, McDuffie earned first-team All-Pac-12 honors.

Watching McDuffie’s film, his directing skills immediately catch the eye. The Washington cornerback is a very fluid athlete. Due to his speed and agility at a very high level, he can easily keep up with catchers on their routes.

His combination of man and zone coverage skills is the best in the draft. He can play in either coverage pattern with no problem. His ball skills are above average but not great. Because McDuffie wins most reps at the midpoint, good but not great ball skills aren’t an issue.

The star defensive back has a lot of support and tackles problems and as a result needs to improve his technique. Otherwise, NFL coaches will have a hard time relying on him. This is a common and fixable problem for young cornerbacks. He’s not the tallest cornerback, so his height has raised concerns among draft pundits. He was measured at five feet and eleven inches and almost 200 pounds, combined with very short arms.

My rating for him: 87.5 – mid-first-round pick. He didn’t get a significant downgrade for his combine metrics. His tape is flawless, and that doesn’t seem to be a problem. His height and weight are close to star Packers cornerback Jaire Alexander. Moreover, they have a similar explosiveness, and therefore McDuffie’s professional comparison is obvious. Trent McDuffie is playing a position of need, and if the Vikings do eventually draft him, they get a day one starter at that position while simultaneously solving a lot of their issues. He’s more than a consolation prize for teams missing LSU’s Derek Stingley Jr. and Cincinnati’s Ahmad Gardner.

Za’Darius Smith reveals the reason he rejected the Ravens

UW offers Nebraska QB who momentarily had the state championship