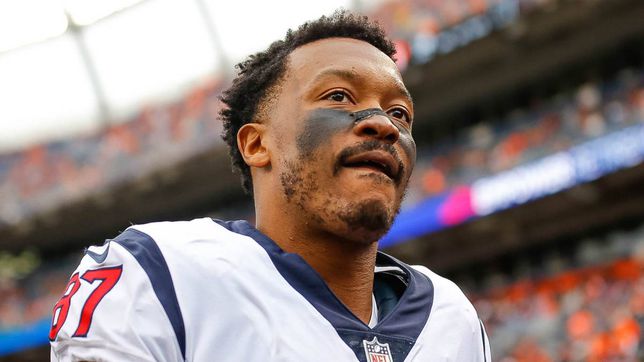 After the sad end of his life in December of last year, the Broncos wide receiver’s family and fans now have some clarity about what happened to him.

Complications from the seizure caused the death of Demaryius Thomas

With the final report of the Fulton County Medical Examiner’s Office released; it is understood that the death in December of former Broncos receiver Demaryius Thomas occurred following complications from a seizure disorder. Incidentally, the report also noted that although Thomas had stage II CTE at the time of his death, there was no “direct relationship” between the CTE and the disorder he suffered from.

NEW: Old @Broncos TE Demaryius Thomas died of “complications of a seizure disorder”, according to the autopsy report just released. The medical examiner cannot conclude whether it is “the result of natural causes or a sequel of impacts to the head” of the football career. #9INFO @9wanttoknow

It was on December 9 that the 33-year-old man tragically died. A close family member explained that the family believed Thomas died of a seizure while taking a shower at his home in Roswell, Georgia. In fact, it is understood that Thomas had suffered from frequent seizures over the past few years. Sadly, Thomas’ young life ended just before his 34th birthday and just six months after his retirement from the NFL. The sensational wide receiver spent a total of 10 seasons in the league before retiring in 2021.

Who was Demaryius Thomas

A first-round pick in the 2010 NFL Draft, Thomas became one of legendary QB Peyton Manning’s favorite targets during his time with the Denver Broncos. Indeed, in each of the four seasons he played alongside Manning, the receiver recorded over 90 receptions and 1,300 yards. This made Thomas the fourth wide receiver in NFL history to top both of those stats in four consecutive seasons. In case you’re wondering, we’re talking about Marvin Harrison, Jerry Rice, and Torry Holt in terms of who else has done the same. While with the Broncos, Thomas saw the playoffs five times, including two trips to the Super Bowl, one of which ended in victory.

Thomas would ultimately spend eight and a half seasons in Denver, where he would etch his name both in the record books and in the hearts of the Broncos faithful. When the curtain fell on his tenure with the team, Thomas had the second-most receiving yards (9,055) and receiving touchdowns (60) in franchise history.