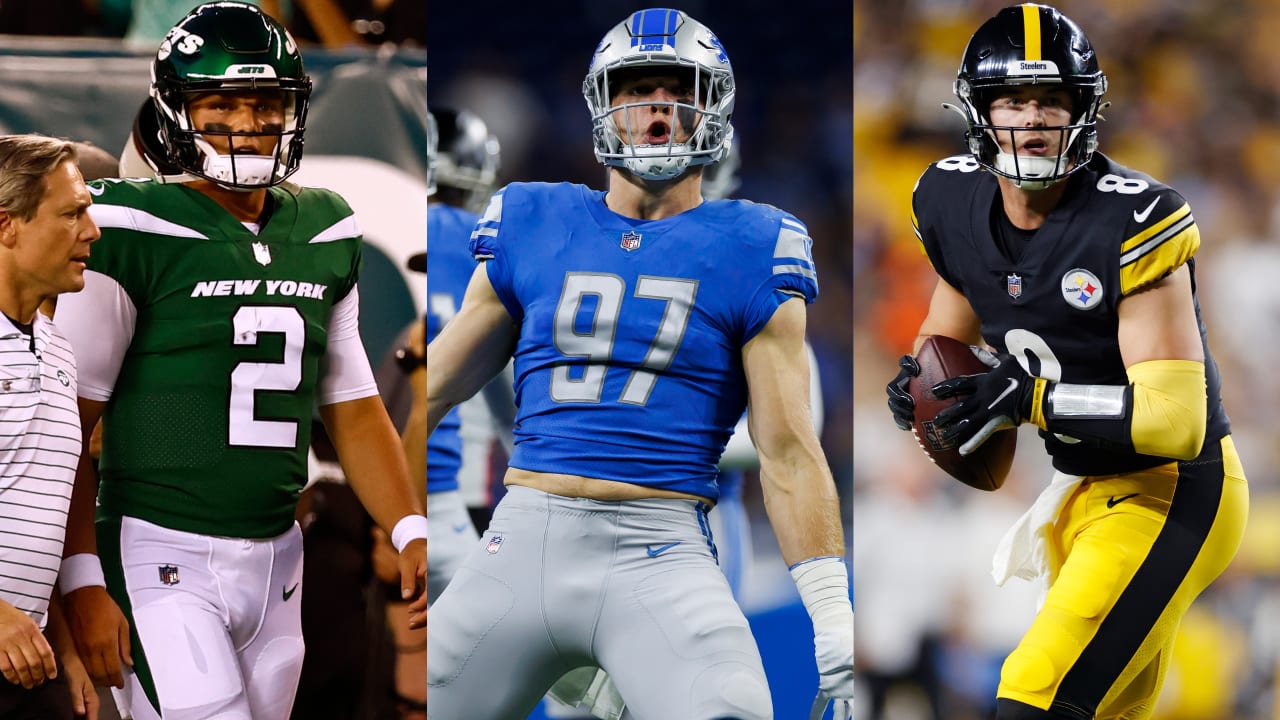 What you need to know about injuries, position battles, rookie debuts

31) Here’s what The Athletic’s Mark Kaboly wrote about George Pickens before the wide did that (and that) on his pre-season debut:

Honestly, I’ve never seen such a good rookie so soon.

Now consider the rookie receivers who came through Pittsburgh in the last two decades that Kaboly covered the team. Also consider that I ranked Pickens second in that rookie class behind Jameson Williams, so this small sample size only confirms my consistently correct track record. I’m biased, but I’m right!

32) Malik Willis had a jaw-dropping handful of games in his preseason start, but Titans coach Mike Vrabel played the tough love card.

“I wanted Malik to throw the ball and he didn’t, so I put Logan (Woodside),” Vrabel said after the game.

Vrabel was unhappy with how often Willis held the ball and ran, even though those runs were often the Titans’ best plays. Woodside came in and threw two interceptions. The backup quarterback job looks up for grabs, and Woodside could end up being cut.

33) It’s hard to fathom the development of Tennessee’s first-round pick Treylon Burks. He was playing deep reserves late in Thursday’s game, likely because the Titans thought he needed some work. He had 30 snaps and a single target. No other receivers were drafted in the first or second rounds, according to PFF’s Nathan Jahnke played in second half during the weekend. In the past decade, only one other first-round receiver (DJ Moore) played in the fourth quarter of his first preseason game.

For comparison, Titans fifth-round rookie Kyle Philips has only been asked to play three snaps and looks like the favorite for the team’s slots receiver job. Philips’ Week 1 role may be safer than his first-round counterpart. While Philips seems to be headed for the slot, Nick Westbrook-Ikhine might end up sharing a lot of Burks snaps.

34) The Lions would have moved No. 2 overall pick Aidan Hutchinson inside during practice passes, and that’s exactly what they did in the preseason opener as well. Hutchinson fired a detention penalty and had a tackle for loss in his only set of works – and he broke out in a ‘Billie Jean’-inspired kick celebration after his breakout hard knocks moment.

35) Eagles rookie center Cam Jurgens’ excellent impression of Jason Kelce is one of the reasons I like Philadelphia’s chances of winning 10-12 games this season. The Eagles have injury solutions throughout the roster, with high-quality backups everywhere.

36) I try not to overreact to random pre-season games, but my God Undrafted Rams rookie Lance McCutcheon backed up all his hype in training camp. The man bullied the Chargers for two touchdowns, a two-point conversion and drew two more penalties; he was anything but untraceable. The performance reminded me of Victor Cruz’s preseason game for the Giants in 2010.

Don’t tell me McCutcheon, who led the Big Sky in receiving last year, doesn’t already have more upside than other Rams depth receivers like Tutu Atwell and Ben Skowronek. Los Angeles coach Sean McVay said Saturday night that Atwell’s role on the team is secure. (If Atwell wasn’t drafted in the second round, would that be the case?) The Rams can’t risk trying to get McCutcheon on the practice squad anymore.

37) The Ravens are so deep on safety that first-round pick Kyle Hamilton might not start. On a single drive, the Notre Dame product missed a tackle that led to a long run, then another that led to a Malik Willis touchdown. He also showed off his incredible range on a few plays, but it was hard not to notice he was playing in the second quarter with saves. That’s no cause for alarm, but it won’t be a surprise if Baltimore slowly brings in the rookie to start the season. The Ravens could trust their veterans more when it comes to coverage.

38) Meanwhile, fourth-round Baltimore TE Isaiah Likely backed up his boffo training camp reports with incredible close shots in his preseason opener. With possible No. 2 James Proche, the last Ravens receiver to be injured, Likely could have a significant role in this passing attack sooner than expected.

39) Romeo Doubs’ long touchdown by Jordan Love made up for a few drops in his preseason opener, but the most telling development for the rookie receiver came from a midweek practice story with the amiable Courtesy of Matt Schneidman of The Athletic. Packers No. 1 corner Jaire Alexander personally sought to cover the Doubs in live rehearsals in training, to make the Doubs feel the intensity of playing a top corner.

“You definitely want your best players to play against each other,” coach Matt LaFleur said of one of football’s highest-paid cornerbacks and… the team’s fourth-round pick.