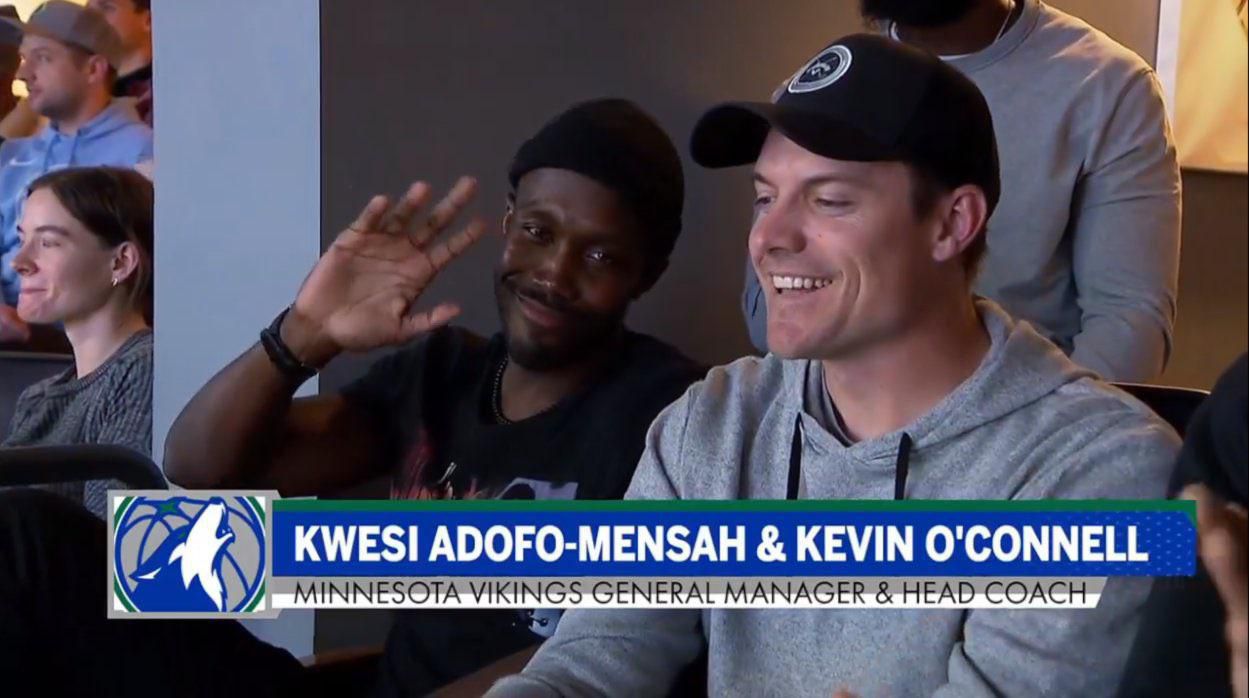 Will the new management bring a new approach to franchise etiquette for the Vikings?

It’s not usually something we talk about here in Minnesota, because historically it never really matters. But, with the deadline for teams to nominate their franchise tag coming up tomorrow (March 8), there really is no better time to discuss it than now.

Under former general manager Rick Spielman, the Minnesota Vikings used the franchise tag exactly ZERO times. I guess technically when Spielman was vice president of player personnel in 2011 they used it, but that was one of only two times since the rule was introduced that it really mattered to the Vikings of the Minnesota.

Introduced in 1993, the franchise etiquette rule was put in place for teams and players to find a different level of security allowing the team to opt for additional control while charging the player. As mentioned above, the Vikings have only used the tag twice, once in 2003 to snag tight end Jim Kleinsasser and again in 2011 to retain linebacker Chad Greenway.

Given the team’s current status, that’s unlikely to change this season as the deadline is set to come and go tomorrow.

But with new management internally, is this the first time we’ve seen a bit of a reset when it comes to the thinking mentality surrounding the franchise label?

For a team to go forward and use the franchise tag, you need a specific scenario to come up.

First and foremost, you need a player on your roster who is close to becoming a free agent and whom the team would like to keep for at least one more year. It’s a bit of a tricky position as there’s probably some sort of stalemate in the negotiations surrounding this player, but still some optimism that the two sides could eventually reach an agreement. That was the case with Dak Prescott and the Dallas Cowboys a season ago.

Second, the team needs to have a little wiggle room when it comes to the salary cap (not exactly Minnesota’s strength right now). Franchise tag compensation is the average cost of the top 5 players at the particular position in question. For example, for the 2022 season that pins a QB who is franchised at $29.5 million, a wide receiver at $18.5 million, and defensive ends at $17.5 million. Still, there are scenarios where it’s worth giving money to a player (or team) who isn’t ready for a long-term commitment.

Right now, we’re seeing one side of that scenario unfold in Green Bay with wide receiver Davante Adams. Adams isn’t ready for a long-term commitment to the Packers with so much uncertainty, but the Packers need Adams in the fold to even have a sniffle to retain Aaron Rodgers. So they should appoint Adams as a franchise before tomorrow.

We saw the other side of the story playing for Kirk Cousins ​​for two seasons in Washington before he ended up in Minnesota. The team wasn’t quite sure if Kirk was worth a long, high contract, but they had no other options at QB, so they paid him twice! Eventually the rubber met the road and they had to make a decision, and Kirk opted to leave DC and head to the Vikings.

For the Vikings, this season in particular, neither of those situations seem to be on the table. But could the outlook for the future be a little different with Kwesi Adofo Mensah and Kevin O’Connell bringing a fresh perspective?

Looking back on the history our new management team brings to the table, none of the Browns of the Rams chose to use the franchise tag while Adofo Mensah and O’Connell were there, but that doesn’t doesn’t mean they weren’t having heavy conversations taking this into account. Since the new management seems to have a different train of thought and a different approach than the previous group, their thinking on the tag may change.

The fact that there’s also a lot of transition with defensive style and offensive play calls, we’re more likely to see a tagged player in 2023 than in 2022. Again, there’s really no player able to be tagged this year, Anthony Barr would be the only one to be considered and the dollar amount for a linebacker this year is $18.5 million. With injury issues and uncertainty around the 3-4 on the table, Barr isn’t worth the price. But next year, if there’s a player who surprises and plays this year in the new systems, he could work his way into the ’23 tag bid.

So in the short term, I wouldn’t expect any news from TCO in the next 24 hours regarding franchise etiquette, but that page might turn.

Aj Mansour is a member of The Power Trip Morning Show to KFAN and work for iHeartMedia and the viking radio network. He is also a senior writer for VikingsTerritory.com. Be sure to follow him on social media for the latest Vikings news and great opinions – @AjKFAN