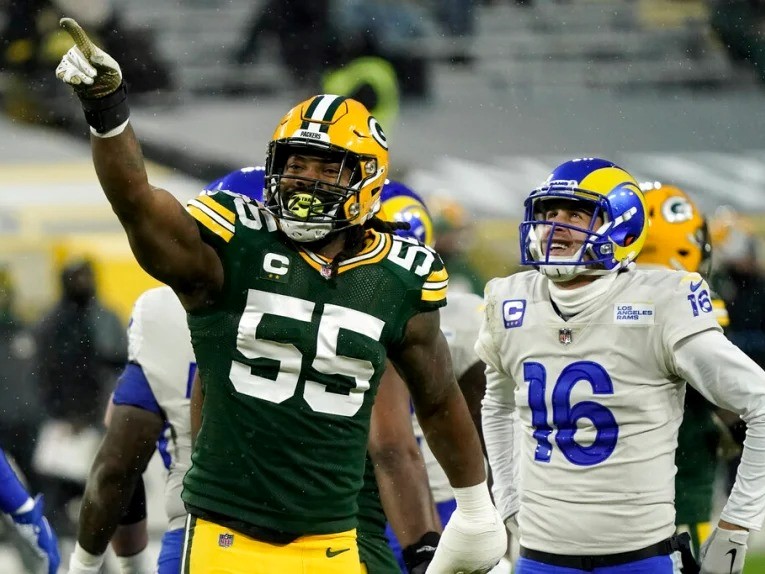 When the Vikings announced last week that they would open the season against Green Bay, Za’Darius Smith tweeted an emoji of a pair of eyes.

The outside linebacker spent the last three seasons with the Packers before they released him in March in a salary decision. So you better believe that Smith, who signed with Minnesota shortly after, is looking forward to the 9/11 opener at US Bank Stadium.

“I’m just happy, excited,” Smith said after the second day of team activities held Tuesday at the TCO Performance Center. “You know, things didn’t work out there, but it’s still good. I have to face them twice a year, man, and I can’t wait. Having the chance to see many of my former teammates. But, man, it’s gonna be big.”

Heading into the game, Smith said he would let the Vikings know what he knew about the Packers.

For now, Smith likes the way he fits into new defensive coordinator Ed Donatell’s 3-4 scheme. He played in a 3-4 with Green Bay, including two seasons when Vikings assistant head coach Mike Pettine was the Packers’ defensive coordinator and three when Minnesota outside linebackers coach/running specialist pass Mike Smith was previously his position coach.

“I know everything, 3-4 defense, and being able to drop cover and move under the front,” Smith said.

Vikings running back Dalvin Cook is happy to have Smith on his side now.

“He’s crazy,” Cook said with a laugh. “Workouts are literally fun. He’s going to be one of those players who improves our whole team, just by bringing that energy. Having Z over there on the other side of (Edge rusher) Danielle (Hunter) is just a scary look.

Cook is excited about Minnesota’s depth in the backfield.

The Vikings selected North Carolina running back Ty Chandler in the fifth round of last month’s draft. He will bring extra depth behind Cook alongside Alexander Mattison, the team’s main substitute for the past three years, and Kene Nwangwu.

Cook missed four games last season and Mattison rushed for 90 yards or more in three of them. And Cook expects bigger things from Nwangwu, entering his second season.

“He has no cap,” Cook said. ” He has everything. We see it in the special teams. … What I haven’t seen is that he runs the ball more consistently and wins the ball more. I think it will happen… He is special with the ball in his hands, and I want to see him make more plays.

Cook played his first five seasons under head coach Mike Zimmer, who was fired in January and replaced by Kevin O’Connell.

“Being with (O’Connell) and our whole team, being with (running backs coach Curtis) Modkins, it’s just fun to be with this group and go through the process with the guys we have here. “, said Cook. “I can feel the vibrations. it’s just fun.

So how does Cook compare playing for O’Connell to being under Zimmer?

“I’m not going to get into a comparison between last year and this year,” he said. “This year is a good start for us, and we just want to look forward to what we have in front of us and this is us chasing a world championship.”

–Smith said he was thrilled to play alongside the Vikings defensive tackle Dalvin Tomlinsonwhich he’s been watching since the latter joined the NFL in 2017. “Watching him grow, man, he’s been one of the best guys inside this league,” Smith said.

–Cook, who wore No. 33 his first five seasons before moving to No. 4, said it was strange to see a rookie linebacker Brian Asamoah with his old number. “It was a little weird when I saw him in rookie minicamp (last weekend),” Cook said. “I kind of had to double down, like, ‘Wait, wait.

–In the battle for the starting right guard spot, veterans Jesse Davis and Chris Roseau shared first-team snaps on Tuesday.

–The Vikings conclude their first week of OTA on Thursday. Their second week includes practices next Monday, Tuesday and Thursday.